I) Context and rationale

Member of the ECPAT International network (End Child prostitution, Child Pornography & trafficking of children for sexual purposes), ECPAT France (EF) is a French-based NGO created in 1997 ; its mission is to prevent and fight all forms of child violence and sexual exploitation, including trafficking in human beings, offline and online.
ECPAT France is developing projects in France and internationally to prevent, promote and protect the rights of children and young victims. It pays a particular attention to the participation and taking into account the views of children in the development and implementation of its projects.

Context of the research

• This comparative research is based on field observation, from ECPAT France and from the GCMV (Groupe Central des Mineurs Victimes) of the OCRVP (Office Central de Répression des Violences aux Personnes).
More specifically, a workshop organized in June 2019 in Singapore, gathering multidisciplinary stakeholders around the topic of itinerant and online child crime (including live streaming), confirmed this trend.

• The research is supported by ECPAT International as well as by the law firm White & Case.

• The comparative research will be elaborated in English to facilitate its dissemination and advocacy work.

• The live streaming phenomenon has steadily increased over the last years and has undergone important changes. On a streaming platform, pedo criminals watch the rape or sexual assault they remotely ordered on one or more children, and interact with the abusers by giving them precise indications on what they expect to see during the « show ». Identified as a practice affecting almost exclusively the Philippines, this phenomenon is tending to develop in other coutries, notably Romania, which raises the question of its evolution in European Member States.

• Recent French data confirms this alarming increase : in May 2020, 25 cases were investigated by the OCRVP, which also identified more than 200 targets, a figure about to increase according to recent alerts from the FBI. The amount of financial transactions testify to the real extent of the phenomenon, and the dangerousness of criminals, since it appears from the cases currently being followed that some pedocriminals bought for 100 000$ of « show », paying 15-60$ for 30 minutes.

• The judicial treatment of these cases and the legal evolution requested by some in France are the consequence of the increased awareness of the particular gravity of the facts in question, as well as the upcoming challenges. To date, there is no legal definition of this practice in France and Europe, far from being established as an autonomous criminal offense. In France, a court decision from January 13th 2020, convicted a French citizen for « complicity of sexual assault », whichmarks an important step forward as the facts are no longer considered under the sole criminal qualification of « detention of child sexual abuse materials ». Under the pressure of media, and in order to respond to the lack of legal provision on the topic, an amendment to the law proposal on the protection of victims of domestic violence , tabled only 2 days after the aforementioned convictions, provides the creation of a new offense of sollicitation of rape/sexual assault, remotely, to better understand and stop the phenomenon.

• If this legal steps forward are positive, the challenges remain presenton how to apprehend the phenomenon at the criminal level. It seems essential that the offense includes both online sollicitations, and the abuse that consists of viewing the rape/sexual assault, or the possible recording and/or sharing of materials. The attribution of the offense should also reflect the proactivity of the offender, which is not allowed by the complicity. The symbolic significance for victims, and the message sent to criminals, are obviously not the same depending on whether the latter are considered as having acted as an author or a partner in crime.

• There is still a long way to go in France in comparison with some other European countries, such as the Netherlands, Sweden or England. Some States have adopted a complete legal arsenal in matters of sexual violence, including the interpretation of certain courts which can be broad and remarkable (and thus lead, for example, to the conviction of a perpetrator for rape even with no physical contact, thus creating the notion of « self-penetration ». It remains to be seen whether such legal reasonig could be transferred for live streaming cases, and to other judicial systems.

The main objective of the comparative research is to identify good practices and reflection on how to understand the live streaming phenomenon, whether it be from a legal or judicial perspective, and to anticipate the upcoming legal challenges in relation with the expansion of data encryption. The phenomenon makes the collection of evidence difficult du to the lack of recording of material. If the Lamberth case in France paved the way for a first conviction for sexual assault, this is also because the body of evidence was sufficiently important due to the recurrence of money transfer via Western Union and Skype connections, but also of the explicit conversations, including sexual, making it possible to consider the instructions as a component of the offense. Yet, pedocriminals are already turning to encrypted messaging services such as Telegram or WhatsApp, and to crypto currencies.

The time for justice is long, hence the absolute need to think about the reinforcement of the legal arsenal, and/or the interpretation which is done by the police and judicial authorities.

The comparative research should highlight the legal and judicial frameworks which protect children against sexual abuses by live streaming in several target countries (France, Belgium, the Netherlands, Sweden and Romania). The existing solutions will be put in perspective with several components specific to each State :
– Judicial system in place ;
– Role of the judge and autonomy in the legal interpretation ;
– Scope of the rape and other sexual offences ;
– Procedures for criminal responsibility ;
– Legal framework in terms of personal data protection ;
– Intelligence techniques and judicial and police cooperation ;
– Place of the victims in the investigations and criminal proceedings ;
– Public policies and level of priority given to cases in relation with the topic.

Based on the legal analysis and the results thereof, its objective is to identify and recommand areas of actions to guide States in the strenghtening of their legal frameworks and implementation of public policies as well as support all stakeholders involved in the ongoing evolution notably in a legal perspective.
When possible, it should anticipate the evolution of the phenomenon.

Among the expected results of this research :
– Better understanding of the live streaming phenomenon which is part of a chain of sexual violence ;
– Institutional consideration of the scale and evolution of the phenomenon (investigation reports, commissions, amendments, bills/proposals of law etc.) ;
– Research and monitoring of data on live streaming ;
– Contribute to the strengthening of the legal framework on live streaming, taking into account upcoming evolutions ;
– Recommandations to the private sector in the implementation of prevention and repressive measures.

IV) Mission of the consultant researcher

The consultant will notably be responsible for :
– Validate the research methodology with the technical adviser ;
– Conduct a desk research on live streaming based on litterature and analysis of the responses of a questionnaire shared with the target countries of the research ;
– Conduct, with the technical adviser of ECPAT France, around 15 interviews withmultidisciplinary stakholders working on the live streaming phenomenon, in France and abroad ; interviews must be transcribed and the entire content transferred to the technical adviser of ECPAT;
– Attend to a workshop on live streaming from February 9th to 11th 2022, in Paris, to meet professionals and conduct interviews aside the workshop ;
– Write a research report in English including a comparative analysis and a focus on the French situation as well as recommandations to improve the way the live streaming phenomenon is understood and anticipate difficulties related to data encryption. The report will be validated by ECPAT France.

V) Timetable and duration of the mission

The mission will last 6 months from October 2021 to March 2022. It will be conducted mainly remotely but a physical presence will be requested for the 2022 February workshop, in Paris.

The following deliverables are expected :
– A methodological note to be submitted at the beginning of the mission with details regarding the working plan, the timetable, the methodology and the tools ;
– A desk research questionnaire to collect data/information from the target countries ;
– An interview questionnaire to be conducted with multidisciplinary professionals ;
– The reports of the interviews and a list of the interviewed persons ;
– A final report including :
o An executive summary,
o The methodology,
o The recommandations.

The final report will be a structured document, to be submitted in English and in an electronic format (Word and PDF).

The available budget is 16.000€ (including tax) for this assignement (the fees are estimated at 400€/day including tax). A reimbursement of travel, accommodation and meal costs for the Paris workshop is provided after validation of the expenses by ECPAT France and with the supporting documents.

VIII) Profile of the research consultant

Diploma (Master degree) in law/political sciences.
A significant experience in the conduct of researchs, notably comparative researchs.
Knowledge of the child protection area and the fight against sexual exploitation.
Knowledge on new technologies and data encryption (including crypto currencies).
Knowledge of the French and European legal/judicial system. Knowledge on the system from other target countries of the research would be an asset.
Fluent in English and French.
Excellent writing skills.

The call for tenders is opened to any service provider who meet the conditions and requirements set out in the terms of reference. The interested consultantshould submit a technical offer including :
– A detailed prestation of the candidate (resume) ;
– A cover letter with references ;
– The methodological approach (in English if the application is submitted in French).

The selected consultant will be informed of the selection by October 13th for a desired start on October 19th.
For any additional question regarding the assignement, don’t hesitate to contact Ludivine Piron at the email address above mentionned. 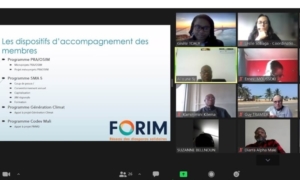 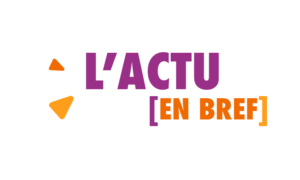